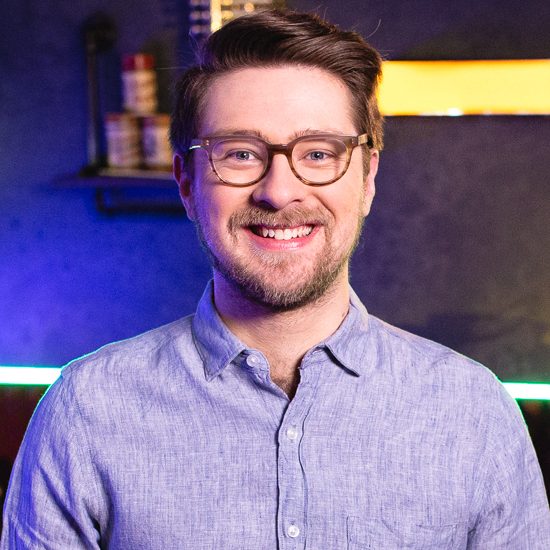 Dr. Dan Golding is a Senior Lecturer in Media and Communications at Swinburne University of Technology, and in 2018 co-hosted the series What Is Music for ABC iView and Triple J. He is the author of Star Wars After Lucas (March 2019, University of Minnesota Press) and the co-author of Game Changers: From Minecraft to Misogyny, The Fight for the Future of Videogames (Affirm Press, 2016). As a composer, Dan has created the soundtracks for the videogames Push Me Pull You (PlayStation 4 and PC, 2016), Grace Bruxner Presents: The Haunted Island (PC, 2018), and the upcoming Untitled Goose Game (Nintendo Switch, 2019). Dan is also a co-host on the film music podcast The Art of the Score, and regularly does pre-concert talks for the Melbourne Symphony Orchestra. As a video essayist, Dan’s YouTube channel on film music has achieved more than one million views.

As a writer and critic, Dan has more than 200 articles in local and international publications. Dan wrote for ABC Arts between 2013-2014, and for Crikey.com.au, where he ran their games blog, for which he won the ‘Best Games Journalist’ award at the 11th Annual IT Journalism ‘Lizzie’ awards. Between 2010-2015, Dan wrote the ‘Game Theory’ column for Hyper Magazine, and in 2013 Dan had a regular column at Kill Your Darlings. He has also been published at BuzzFeed, The Guardian, Meanjin, The Walkley Magazine, Screen Education, The Conversation, The Australian, Kotaku and PC PowerPlay, while his writing has been cited by TIME Magazine, The New York Times, Slate, Salon, and The New Statesman. In 2015, his series ‘A Short History of Video Games’ was broadcast on ABC Radio National, which was later Highly Commended at the 13th Annual IT Journalism ‘Lizzie’ awards. He is currently a contributing editor at Metro Magazine.

Between 2014-2017, Dan was the director of the Freeplay Independent Games Festival, Australia’s oldest and largest independent games event, and remains on the festival’s board.