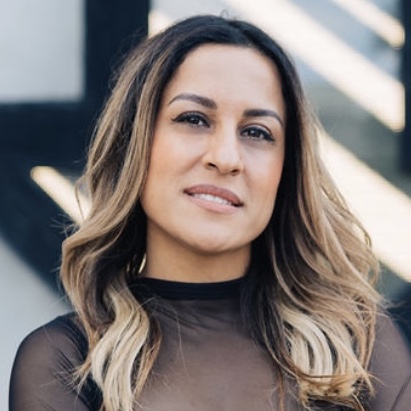 Diana is the Chief Executive Officer of the Australian Muslim Women’s Centre for Human Rights and she joined the organisation in October 2019. Since joining the team she has navigated the COVID-19 pandemic and grown the organisation’s casework and programs team, as well as the community engagement, outreach and visibility of the organisation.

During the Afghanistan crisis she was part of the leadership team driving the #ActionforAfghanistan campaign in advocating for an increased humanitarian intake, pathways for permanent protection for those in Australia on temporary status and safety to be afforded to those from religious and ethnic minorities, as well as women, children and LGBTQI+ people.

She has an avid interest in issues pertaining to Islamophobia in Australia, anti-racism campaigns and gender equality programs that build capabilities and support newly arrived communities of refugees and people seeking asylum, especially those who are victim survivors of domestic and family violence.

As an international human rights lawyer having worked in both Australia and the U.S., she is the former Campaigns Manager at Fair Agenda and Senior Crisis Response campaigner at Amnesty International Australia.

Whilst at Fair Agenda, she focused on taking an intersectional approach to gender equality and campaigned on issues pertaining to women’s access to reproductive healthcare and religious discrimination. She was also the women’s rights campaigner at Amnesty International Australia where she led the global #ToxicTwitter campaign to hold the social media giant accountable for online abuse which was silencing women.

During her time at Amnesty International Australia she also led the crisis response campaigns to free imprisoned journalists in Egypt, ensure greater accountability for Australians facing the death penalty abroad, with a specific focus on countries in crisis. These included the Syrian and Iraq conflicts, advocating for justice and accountability for ethnic cleansing of the Rohingya people in Myanmar, and calling out Australia’s military exports to Saudi Arabia and the United Arab Emirates enabling war crimes in Yemen.

Whilst at Human Rights First in Washington D.C., Diana actively challenged the U.S. government on their response to human rights particularly during the Arab Spring uprising.

She is no stranger to the media and has appeared as a regular panellist on The Drum, ABC The World, SBS, as well as Al Jazeera, MSNBC and most recently appeared on #QandA.

Diana has worked as a lawyer, advocate and campaigner for over 15 years. As an Afghan-Australian woman from refugee migrant parents, Diana has the lived experience of being a visible Muslim woman of colour in Australia.