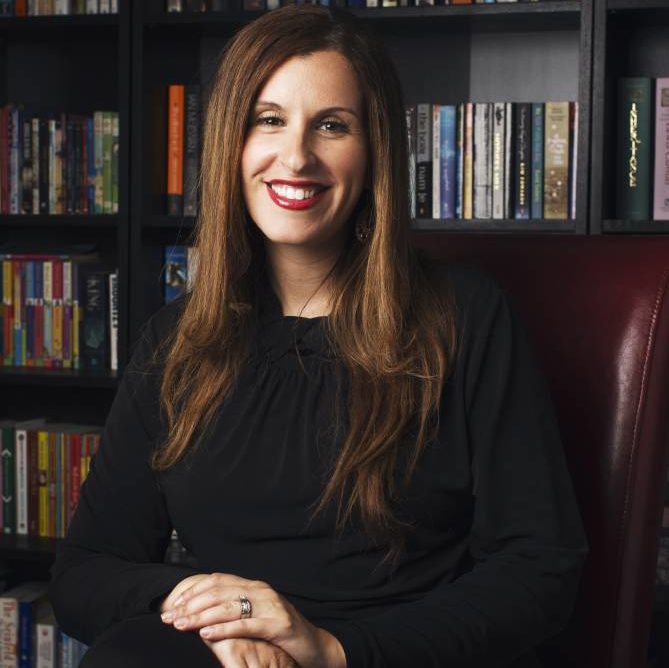 Dr. Randa Abdel-Fattah is a prominent Australian author, academic, human rights advocate, former lawyer and mother of four children. She has been nominated for Sweden’s 2019 Astrid Lindgren Award, the world’s biggest children’s and young adult literature award (she was also nominated in 2018). The award-winning author of 11 novels published and translated in over 20 countries, Randa writes across a wide range of genres and actively seeks to translate her academic work into creative interventions which reshape dominant narratives around race, human rights, multiculturalism and identity in popular culture. She has been publishing her op eds in Australia’s national and international newspapers and journals since 1998. She has had regular appearances on Q&A, the Drum, Lateline and the 7.30 Report, and radio interviews (RN Drive, ABC Books and Arts, the Conversation Hour etc).

Her debut novel, Does My Head Look Big In This?, has sold more than 100,000 copies in Australia, is published around the world and was performed on the stage in America. With funding from Screen Australia and Create NSW, Randa is currently adapting Does My Head Look Big In This?, as an Australian feature film. Randa has been the recipient of many awards including the Victorian Premier’s Literary Award (2005 and 2017), the Australian Book Industry Awards, the Kathleen Mitchell Award and the State Library of Victoria’s Centre for Youth Literature’s Golden Inkys award. Randa’s books have also consistently made it to best fiction lists in the USA and Top 100 New York Public Library Books for Teenagers.

Randa is also a postdoctoral Research Fellow at Macquarie University where she is working on a project – the first of its kind in Australia – comparing the generational impact of the war on terror on Muslim and non-Muslim youth born into a post 9/11 world via in-depth interviews and innovative storytelling workshops in schools and universities.

Randa does not consider herself to be a a typical academic, having come to academia from a law career and continuing career as a novelist. She is regularly invited as a guest speaker at writers’ festivals and schools around the world. She addresses hundreds of students every year and continues to juggle her human rights advocacy and writing around her academic work as she wants her academic work to be grounded in community.

Randa is also a Stella Schools Ambassador in the Girls Write Up program, promoting awareness around diversity and social justice from an intersectional framework through workshops in Australian schools.

She is currently co-editing an anthology ‘Growing up Arab in Australia‘ due for publication by Picador in 2019.

Dr. Randa Abdel-Fattah can be found at www.randaabdelfattah.com and @RandaAFattah