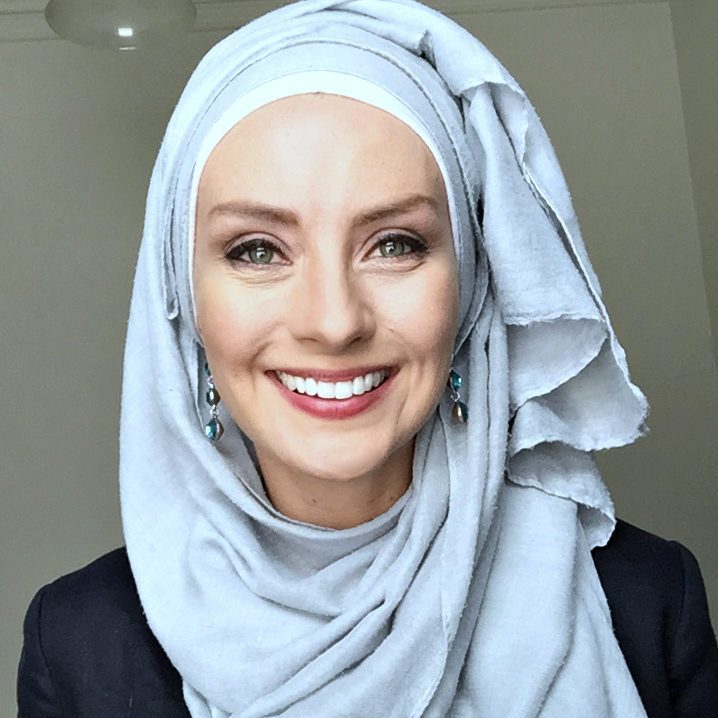 Dr Susan Carland is an academic, author, and social commentator. She has a PhD from Monash University’s School of Social Sciences, and she is the director of the Bachelor of Global Studies, also at Monash University. Her teaching and research expertise are in gender, sociology, contemporary Australia, and the modern Muslim experience.

Susan is a regular Friday panelist on ABC TV’s News Breakfast, and hosted the ABC Radio National series Assumptions. She has guest-hosted on ABC Melbourne radio, and was co-creator and presenter of SBS’s Salam Café. She has appeared on the Agony series, Lateline, Q and A, The Project, 7:30, The Drum, Home Delivery, and has featured in Harper’s Bazaar, Dumbo Feather, The Australian Women’s Weekly, Sunday Life, and 200 Women.

Her first book, Fighting Hislam, was published by Melbourne University Publishing in 2017, and her writing has appeared in The Guardian, The Age, The Saturday Paper, in academic publications, and numerous anthologies. In 2017, she presented on a panel at the United Nations in Geneva as a guest of The Geneva Centre for Human Rights Advancement.

Susan is an ambassador for UNICEF Australia, and is also a certified scuba diver!

Stay up to date with Dr Susan Carland on Twitter.

Susan was engaged by the Hollard Diversity Council to address our team on the topic of “Unconscious Bias in the Workplace”.  Susan delivered with a well-prepared, tailored and on-point presentation.  Her three sessions were all well attended and our team found her approachable, entertaining and highly informed!  We recommend Susan to any progressive workplace which is keen to hear from a talented and enthusiastic speaker on a complicated workplace issue.

Susan’s presentation at our annual conference was terrific – it gave each person an insight into how they might approach being a change maker – at all levels! The Q&A session at the end was extremely good – there was no question that was off limits and Susan was open and honest…which was extremely refreshing!