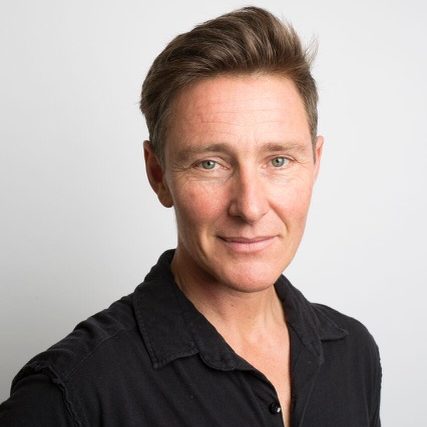 Eddie Ayres is a musical adventurer, teacher, writer, broadcaster and transgender man. He was born on the White Cliffs of Dover and began playing music when he was six years old. He studied viola in Manchester, Berlin and London, and played professionally in the UK and Hong Kong. After a decade of performances throughout Asia, including for the Hong Kong Handover in 1997, Ed decided on a new path, literally, and travelled by bicycle from England to Hong Kong, with only a violin for company. The journey took him a year and went through Europe, Iran, Pakistan, India and China. The trip was eventually chronicled in Cadence, Ed’s first book and a national bestseller.

After immigrating to Australia in 2003, and after a character-building year scrubbing dishes in St Kilda, Ed eventually began broadcasting with ABC Classic FM. He spent many years hosting the cult hit breakfast programme and doing things like cycling to the source of the Ganges in his spare time.

After more than a decade in the ABC studios, Ed decided he needed to get out and about again and applied for a job teaching cello to street children and orphans at the Afghanistan National Institute of Music in Kabul. Eddie’s second book Danger Music is about this turbulent, life-changing year, where he survived the threat of bombs, kidnappings, beginner string players and hormone-charged teenagers. It was during this year that Ed finally accepted the man within and began his transition from female to male. Emma became Ed just before his fiftieth birthday. Better late than never.

Stay up to date with Eddie Ayres on Twitter.

Eddie’s talk was so inspiring and many, many people have commented on how courageous and extraordinary he is. His last minute addition to play his instruments as a metaphor for his trans journey was unique and extremely powerful in the context of AWMA.