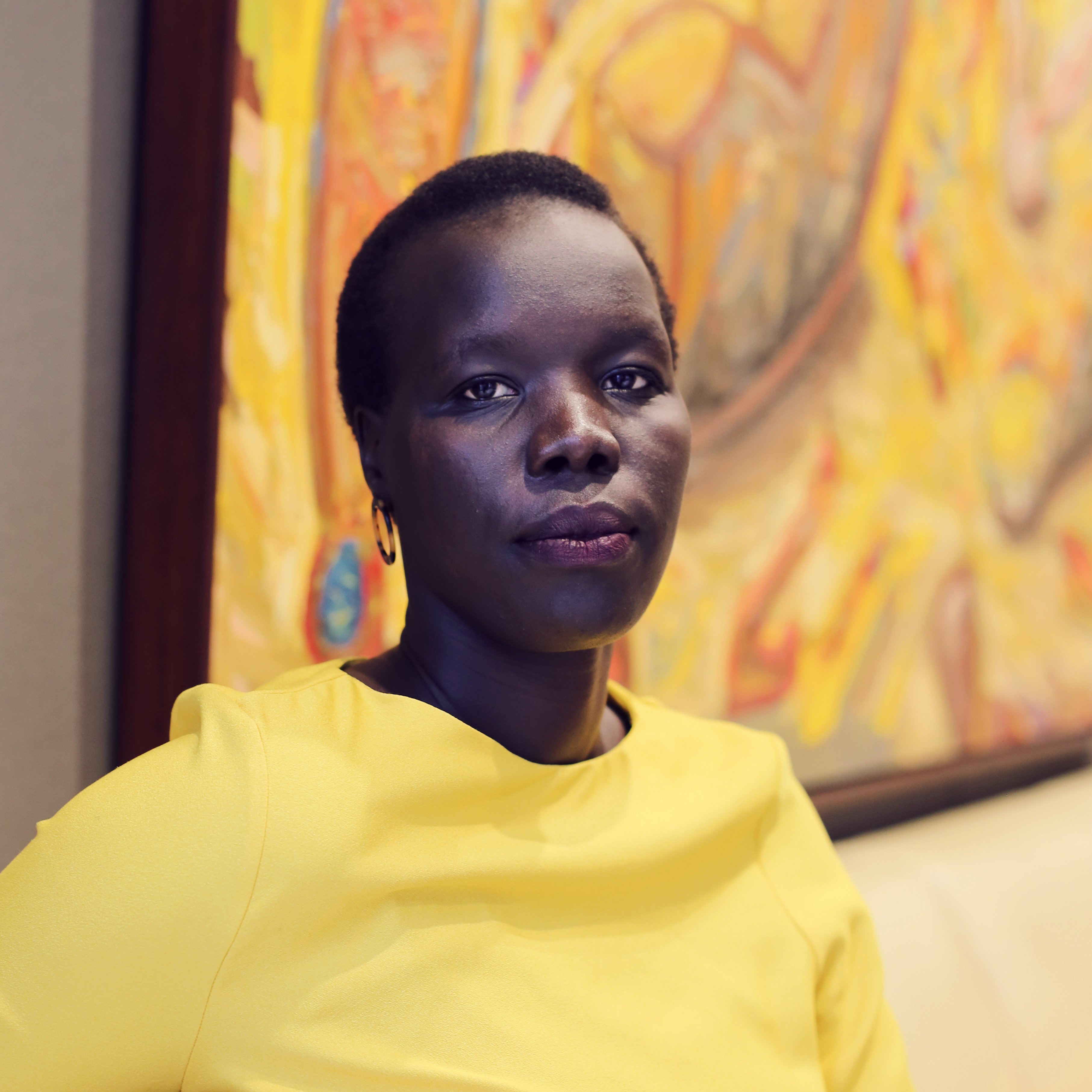 Nyadol Nyuon was born in a refugee camp in Itang, Ethiopia, and raised in Kakuma Refugee camp, Kenya. In 2005, at the age of eighteen, she moved to Australia as a refugee.

Since then, Nyadol has completed a Bachelor of Arts from Victoria University and a Juris Doctor from the University of Melbourne.

Nyadol Nyuon is a vocal advocate for human rights, multiculturalism, the settlement of people with refugee experiences and those seeking asylum. She has worked and volunteered extensively in these areas with a range of organisations.

Nyadol Nyuon is also a regular media commentator in these areas, having appeared on ABC’s The Drum, as a panellist on Q&A and contributing to The Age, Sydney Morning Herald and the Saturday Paper, to name just a few.

In both 2011 and 2014, Nyadol Nyuon was nominated as one of the hundred most influential African Australians. In 2016, she was the recipient of the Future Justice Prize.

In 2018 her efforts to combat racism were widely recognised, with achievements including the Australian Human Rights Commission’s Racism. It Stops With Me Award. The prestigious award was in recognition of her advocacy and activism on behalf of the Australian-African and Melbourne’s South Sudanese communities. Nyadol Nyuon also received the Harmony Alliance Award for significant contribution to empowering migrant and refugee women, and was a co-winner of the Tim McCoy Prize for her advocacy on behalf of the South Sudanese Community. She also received the Afro-Australian Student Organisation‘s Unsung Hero Award.

Nyadol, I just wanted to thank you again for coming to speak to the Court’s Senior Leadership Group last week.

Everyone I spoke to after your talk gave incredibly positive feedback, and all the responses to our post-event survey have indicated that yours was one of the most popular sessions over the two days.

Many have commented how powerful, inspiring and engaging you were, and how hearing you has made them reflect in the days following and challenged some of their previous thinking.

Thanks again and best of luck for the future.

On behalf of the United Nations High Commissioner for Refugees, I am writing to express my sincere thanks for your outstanding keynote address at our World Refugee Day celebrations last week.

We received overwhelmingly effusive feedback on your remarks, both at the event itself and for several days afterwards. Most of all, people were incredibly moved by how warmly you were able to tell your personal story, in such a context as to give a powerful and poignant commentary on the global displacement situation more broadly.

Thank you for your amazing speech at the Gala Dinner. It was so good of you to share some of your story with our alumni community and to encourage them to support scholarships to enable more amazing people like you to obtain a degree from Melbourne Law School.

You spoke beautifully and with great sincerity and dignity (and some nice humour!). So many people told me afterwards what a great impression your words made and how much they admired you and what you have achieved.

You really are brilliant at what you do – not in an “everybody look at me” kind of way, but in a sincere, educated, raw, lived experience way. You are incredibly charismatic and I can tell you that so many people have commented on your speech at our event. They all speak of how genuine, provoking and impactful your perspective and words are.

Although some members of your community may not realise it, you do a fantastic job of raising the profile of your community, of helping people to gain a better insight into your culture and into your lived experiences. This is invaluable.