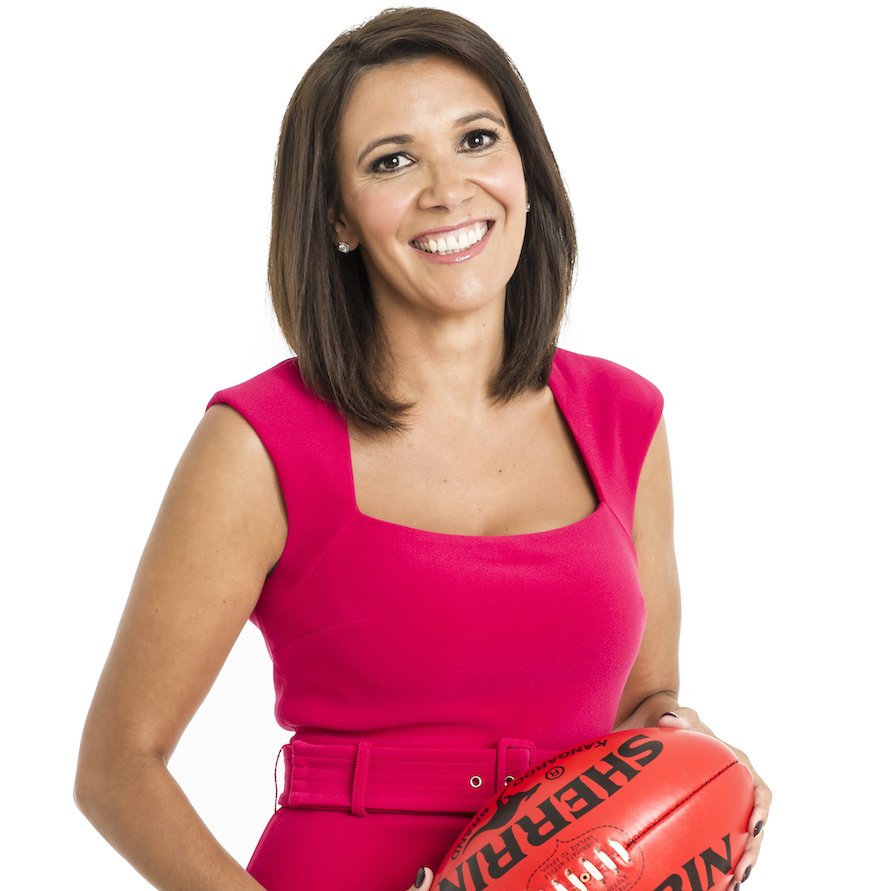 Shelley Ware is a proud Yankunytjatjara and Wirangu woman from Adelaide, South Australia, who currently lives in Melbourne.

For the past decade or so, Shelley has worked in the media as a radio and television presenter on both local and national AFLM and AFLW football news shows. She is the host of the webshow  ‘The Colour Of Your Jumper‘ and ‘Ware2Now?’ and is also a member of the Outersanctum Podcast Show. She writes a fortnightly column for the Koori Mail about all things AFL.

She is a member of the Carlton FC RAP committee and the AFLW All Australian and Rising Star Selection committee. Shelley has become one of the most respected and recognised female presenters of AFLM and AFLW football in the country. Recently announced as the Essendon Women’s Network ‘Football Woman of the Year.’ Shelley is a well sought after MC and key note speaker.

Shelley has co-written the national curriculum through Culture is Life and ABC Education for the Australian Dream and Archie Roach – Stolen Generation . For the second year in a row, she has written the national primary curriculum for NAIDOC week with SBS Learn and this year writing both primary and Secondary.

Stay up to date with Shelley Ware on Twitter.

“Shelley was great. She was so well prepared, and you could tell it was a subject close to her heart. Chairing a session via Zoom was also no mean feat but she did it with professionalism and warmth. I only wish we could have had her here in real life!”